Someone asked about pro football mascots and I mentioned the Redskins' Chief Zee, an old black man who dresses up as a stereotypical Indian for games. I Googled him to learn the latest about Zee and found these quotes: 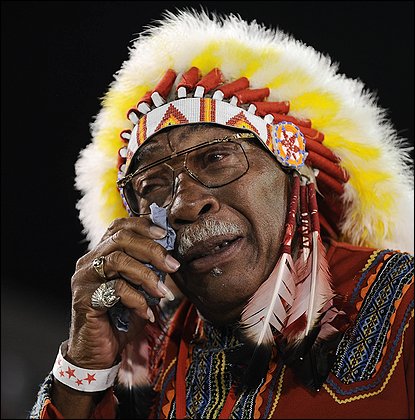 But here's a twist I didn't know about. Someone dressed as an even more stereotypical Indian wants to succeed Chief Zee.