Rocky history of Indians and Mormons

Larry Echo Hawk has resigned from the BIA to join the Mormon Church. Tim Giago takes the opportunity to recount the racist attitudes of Mormons toward Indians.

Tim Giago: Rocky history of Natives and the Mormon Church

By Tim GiagoComment:  For more on Indians and Mormons, see Why Indians Become Mormons and Romney Associates with Bigot Fischer. 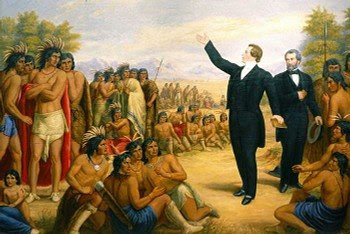