From Slavery to Raspberry-Flavored Indians: America’s Obsession With Stereotypes

By Julianne JenningsComment:  This column gives you a small sample of the endless variety of black and Native stereotypes.

You may have heard of Crazy Horse malt liquor. I've mentioned it before. But the Injun Orange drink isn't well-known. I remember it from 50 years ago, but most people won't.

Sadly, the 1960s were supposedly a more enlightened area. I'm sure some marketing exec said, "Hey, we haven't featured any minorities on our products. Let's include an Indian and a Chinaman to show how sensitive we are."

"Good idea," said another exec. "Besides, the Indian has a big nose and warpaint. And the Chinaman has squinty eyes and buck teeth. They qualify as funny faces for our Funny Face line."

For more on the subject, see Stereotypes Disappear "Organically"? and Mercurie on 1960s Westerns. 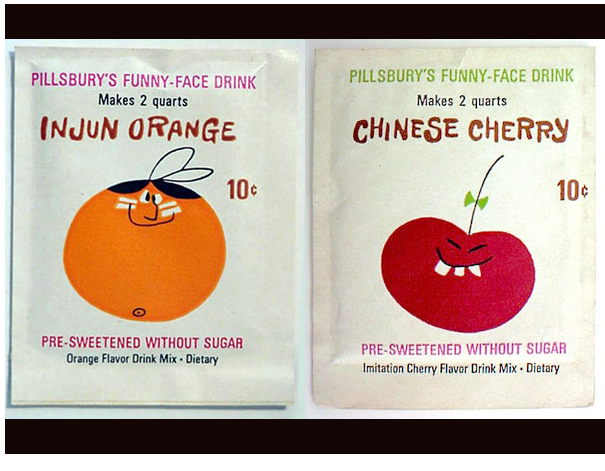