Johnny Depp's Tonto supposedly is half-crazed because of a childhood trauma. Does that excuse the bird on his head and other oddities?

I saw The Lone Ranger so you don’t have toI'm not buying the movie's excuse that Tonto isn't right in the head. Fact is, there's almost always an excuse for the uncivilized or savage Indian:


What do these tropes have in common? The Native character is uncivilized or savage every time.

Sure, there's a reason, but the reason is an invention to justify the savagery. It's not historically or culturally valid. Whether they're Native or not, half-crazed people don't act out their mental problems by wearing strange headgear.

In short, we want a character who isn't a half-naked warrior in facepaint and a (crow) headdress, not another excuse for the same old stereotypes.

A debate on this issue in the comments section of this posting:What's the alternative to an aged Tonto narrating the story from his point of view? It would've been easy to have a modern Indian--Tonto's grandson or great-grandson--serve as the framing device. But that wouldn't have conveyed the same message about the tragic, vanishing Indians.

As Terrie S. said, having Depp play a sideshow freak in the 1930s was a choice, not a necessity. This choice "solidifies the continuing views of Native peoples as lesser, as relics of the past, as disappearing, as roadblocks to 'progress.'"

The debate continued with a similar issue:To reiterate the point, you can justify anything within a movie's "logic." The black guy had to die and the woman had to be taken hostage because they were the only characters available. These things "had" to happen so the white guy could be the hero.

But again, these are choices by the creators, not immutable facts. If you look for and find an excuse to portray a savage Indian, you're not giving yourself a valid out. You're still portraying a savage Indian. And that's still stereotypical if not racist. 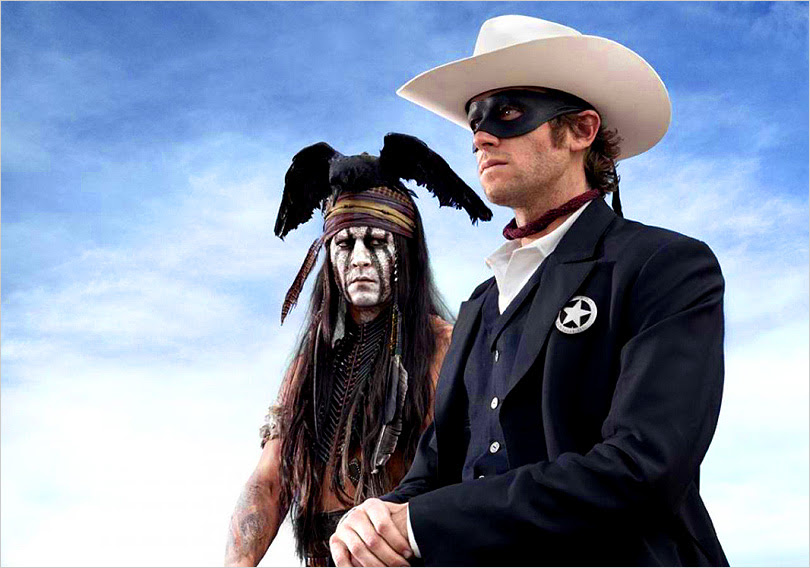