With all the talk about the Washington Redskins recently, let's not forget the other horrendous ethnic slur against Indians:

Why Did TBS Show Cleveland Fans Dressed Up In Redface?

Comment:  This should be the next target of the activists targeting the Washington Redskins. Heck, they should target both offenses simultaneously to take advantage of the growing concern about mascots. 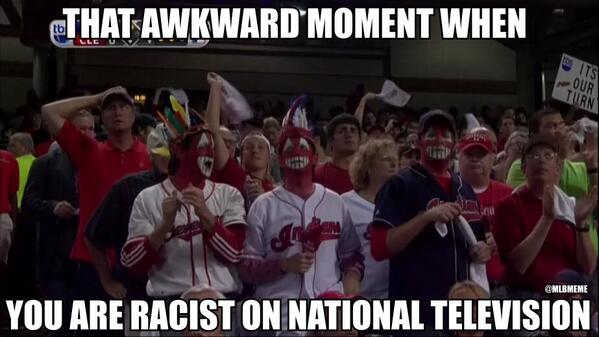