An Open Letter to the White Right, On the Occasion of Your Recent, Successful Temper TantrumPlus my snarky comments during and after the election:Comment:  Fortunately, as the headline says, this election doesn't matter in the long run. America's changing demographics will transform our white-ruled country into a multicultural one. The only question is how long it'll take. I'm guessing 20-30 years.

All the trendlines are pointing in the right direction. Youngsters who can't imagine how racist and sexist the country was will never return to their forefathers' ways. So we'll never go back to slavery or Jim Crow laws. We'll never reinstate discrimination against Catholics or Jews. Once we establish them, we'll never eliminate gay rights to serve in the military or marry.

Tea Party Guide to American History
Gray vs. brown Americans
What "I want my country back" means
Culture war over who's an American
Why we believe in Columbus 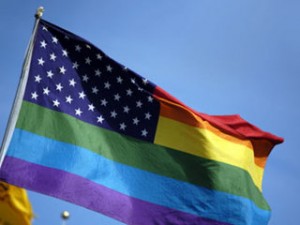 The temper tantrum is found in Wise's post, not in the informed decsions of voters. I think he was feeling kind of hot-headed when he wrote it, and didn't think much about what he said.

Actually, bankruptcy status would have enabled GM to better deal with creditors and given it room to breathe. It does not mean the destruction of GM. And to Wise, numbers are things to pull out of thin air and pile zeroes on without thought: GM's total employees are about 200,000. That's about 100,000 in North America. Yeah right, millions. Facts don't matter when the spittle is flying.

Some e-mail responses to Wise's column:

Thanks for posting the article. I have been near tears for hours after the closing of the polls. Wondering how so many people could be so blind to what is happening in this country, not a democracy but a true plutocracy. The money spent on elections was unbelievable--so much good could have been done with the billions wasted on sound bites and yellow journalism. One new elected official who wants to repeal health care reform actually said that health care was a privilege not a right. The article gives me hope that perhaps one day my children and grandchildren will see a more just nation.

Damn, that is some scary shit, a real eye opener. The more I read the more I liked what what I read.

As for General Motors:

Saving the American auto industry, which has been a huge drag on Obama’s political capital, is a monumental achievement that few appreciate, unless you live in Michigan. After getting their taxpayer lifeline from Obama, both General Motors and Chrysler are now making money by making cars. New plants are even scheduled to open. More than 1 million jobs would have disappeared had the domestic auto sector been liquidated.

“An apology is due Barack Obama,” wrote The Economist, which had opposed the $86 billion auto bailout. As for Government Motors: after emerging from bankruptcy, it will go public with a new stock offering in just a few weeks, and the United States government, with its 60 percent share of common stock, stands to make a profit. Yes, an industry was saved, and the government will probably make money on the deal—one of Obama’s signature economic successes.

In other words, the ripple effect of a bankrupt General Motors would've decimated thousands of companies that support GM. I don't know if the number unemployed literally would've been in the millions, but it would've been high.

I Googled "let GM fail," which seems to be a popular search term. In the first five hits, not a single person even mentioned unemployed GM workers. Obviously, no one discussed how many people would join the jobless ranks and put a strain on government services.

In short, conservatives are cowards in this matter just like every other. Find me one pundit who estimated how many workers would lose their jobs and said he was okay with that. One pundit who isn't a raving hypocrite for bashing Obama's job-saving initiatives.

If you can't do that, you lose the debate. Good luck with your answer...you'll need it.

Bankruptcy is not synonymous with failure. As I mentioned, it gives oompanies a chance to reorganize and deal with conditions that made it go bankrupt in the first place. With bailouts and corporate welfare, things stay the same.... GM ends up propped up, on the verge of another crisis again.

:In short, conservatives are cowards in this matter just like every other.:

Isn't it odd to you that liberals tend to be in favor of the biggest instances of corporate welfare in history, and most of the opposition seems to be from conservatives? Another great example of this was the staggering handout to Wall Street (which included taxpayer funding for top yearly salaries in excess of 40 million per person... all paid to reward execs who ran the financial firms and banks into the ground). Most Republicans in the House opposed this, along with a few Democrats (oddly enough, more on the hard left).

Anyway, welcome to the new America, where too few bat an eye at corporate welfare anymore. And where conservatives are called "cowards" for opposing handouts to big business.

"Find me one pundit who estimated how many workers would lose their jobs and said he was okay with that."

I would have thought it would have been a pro-business pundit's bonanza for it to be accepted practice: the idea that government must give big corporations money or else there won't be jobs. But now it is a mainstream liberal tenet. And what goes along with it is the idea that business don't have to try much anymore: they can be sloppy and run carelessly, because if big business gets in trouble, there'll be more Obamabucks.

As for Michigan, our last governor (in her last days now) was rather hostile to the auto industry (and manufacturing in general), driving it out of the state in the hopes of replacing it with the film industry. I heard just a couple of weeks ago of another factory closing in Michigan and moving to North Carolina. She actually actively fought it when Toyota thought of coming to the state to build new plants. Changes in policy by the new governor might possibly do more than anything to make GM viable in a real sense: not needing bailouts.