To sum it up, 88% of the directors were white. Meanwhile, the US population is now only 64% white. Sounds like somebody is prejudiced to me. 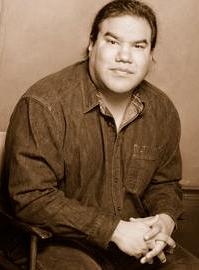 "To sum it up, 88% of the directors were white. Meanwhile, the US population is now only 64% white. Sounds like somebody is prejudiced to me."

That is one explanation, and it might be true. Another could be that this accurately reflects the proportion of qualified professionals in the field. The solution in this case, then, would be to finally take care of the problem of the atrocious way the public education system is serving non-whites and the poor.

Yes. Obviously, the whiteys are no-talent hacks and are to blame for television sucking. Hiring the minorities will make everything better. Great job!

mcaads.com offers their advertisers the unique ability to drive the radio advertising price down to your unique business metrics. Advertising has taken a momentous turn with pay per action advertising.

Depends, dmarks. What is prejudiced is some of the tropes that get played. These tropes USUALLY aren't as bad as they have been at their worst; am I the only one who sees an episode about Indian casinos and starts seeing "greedy Jew" tropes from Nazi Germany? This could be caused by the whiteness of the directors. And, over in Hollywood, there's the curious case of how Gibson's position on the blacklist has zigzagged:

"The Jews are responsible for all the wars in the world."--blacklisted (And how exactly does this come up? None of my friends say that when they're drunk. Usually they just hit on girls they'd never touch when sober.)
Apocalypto, saying how evil Indians are--allowed back on
"You deserve to get raped by a pack of *******."--blacklisted again

Apparently, hating Indians more than compensates for being a Nazi, but even hating Indians can't make you a saint when you hate Jews, black people, and women.

Of course, "qualified professionals" is debatable. A lot of TV, such as reality shows, exists with the minimal crew possible. You just need a bunch of histrionic exhibitionists and a camera crew to make a reality show.

Anon, are you a professional in the television industry? Just making sure you aren't an armchair TV exec unaware of the realities of TV production.

My point is that if the education system is producing a situation where non-whites (I refuse to call them any trendy form of colored people) are less educated and this have less real qualifications, trying to "fix" it down the road by hiring unqualified people is real lousy solution. Fix it where it starts instead.