Don't stereotype Jungen's works as 'Indian' art. He challenges the totemic folkways of us all. 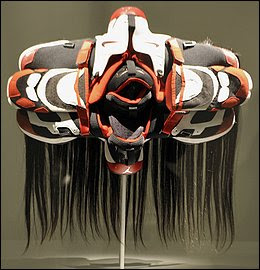 art comes in mant different forms. he has a very interesting look on things. i like more traditional (and in some cases stereotypical) art forms.