Because of my Minorities in First Wave Universe posting, correspondent DMarks sent me this:

An African-American Spider-Man?  I don't think so!Yes, I read about the casting arguments. That's what triggered this posting:

I'm all for sticking to the original continuity when casting superhero movies. For the primary characters, at least. I didn't mind too much when the Daredevil movie chose Michael Clarke Duncan to play the Kingpin. He fit the role better than most white actors would've.

Similarly, I wouldn't care if, say, a movie made Green Lantern's or Flash's girlfriend a woman of color. I don't think her being white is central to the character's "mythology." White may have been the only choice in 1960, but it isn't today.

But if you're doing an "alternate" version of the characters, then it's fine to change their ethnicity. So Spider-Man 2099 is Latino, Ultimate Nick Fury is black, Ultimate Wasp is Asian, Supreme Power's Nighthawk (an alternate version of Batman) is black, etc.

So give the First Wave Batman a full-face mask and make him black or Asian. Say his parents were gunned down in a robbery with racial overtones (just like Nighthawk). Have him become Bruce Wayne's chauffeur so he can mingle with the rich and famous.

In fact, this would be a great plot twist. First Wave could go a dozen issues without showing Batman's face. Everyone would think he was Bruce Wayne, of course, and the comics would promote that belief. Finally he pulls off his mask and...it's the chauffeur, not the playboy!

And this would make the stories better. Doc Savage and Bruce Wayne are both rich white elitists. I guess the Spirit was a middle-class detective before he became a mystery man, but with his suit and lack of a full-time job, he seems more elite than not. I don't see him taking a stance radically different from the other two.

Imagine if the three white guys (including Bruce Wayne) have to deal with a street-wise black man as an equal. Especially if their attitudes are rooted in 1939 rather than 2010. To me that's more interesting than watching two wealthy industrialists compare the minor differences in their crimefighting approaches.

For more on the subject, see Dismissing the Pro-Airbender Arguments and Denzel Washington as JFK?

Below:  Nighthawk as a black Batman. 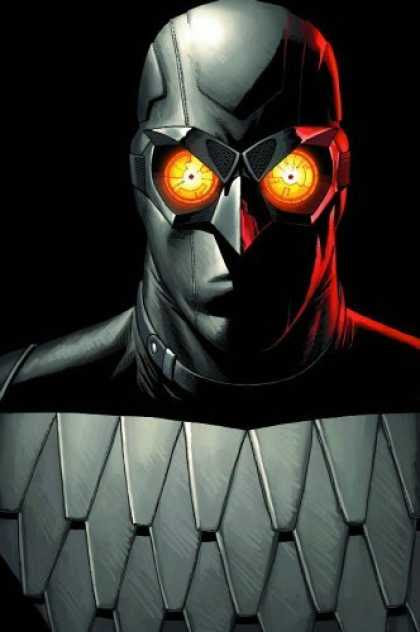