By Evelyn SchlatterComment:  For more on the subject, see Fischer Defends Pro-Genocide Column and Fischer's Passion for Killing.

Below:  God punishes Indians for not adopting Christianity. Bad Indians! 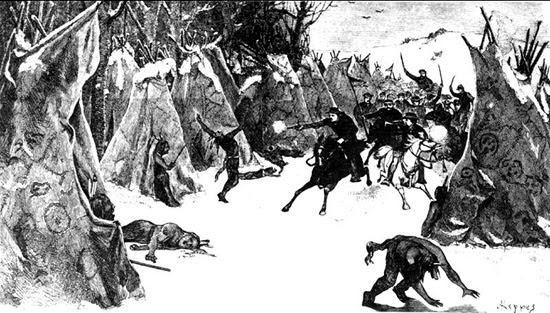 Wow, Hatewatch has gotten involved. Anti-hate groups rarely even deign to consider Indians. (That's the only reason I can think of for the Anti-Defamation League saying South Dakota had no hate groups.)