A Navajo woman reviews Navajo Cops, which I haven't seen:

By KupKakeqtHer conclusion:Comment:  This blog's title is "Angry Navajo/Indian Girl," so you can tell where she's coming from.

Sounds like Navajo Cops is the TV equivalent of the comic book SCALPED, which also stereotypes Indians as drunk, vanishing, hopeless, and destitute.

As "Indian Girl," the proper approach isn't to cover up the negative. It's to show the positive and negative in balance. Portraying rez life as only negative is stereotypical even if the film segments are true. 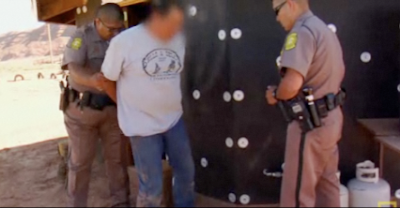