Here's a good example of what kids think about Indians. I wonder where they got their ideas?

Oh, wait...the source is right there in the presentation. From a movie--namely, Disney's Pocahontas.

So much for the asinine belief that movies don't influence our perceptions because they're just "fiction" and "entertainment." Wrong.

On Facebook, one person thought the poster was about the Spokane Tribe because of the central photograph. With Pocahontas, a thunderbird, and a dreamcatcher? I don't think so.

The original photo was labeled: "And this is what middle school students think about Native Americans in Ohio." So I doubt the poster was supposed to be about a tribe in Washington.

The student probably found a picture of the Spokane and decided they were as good as any tribe. Especially since Ohio doesn't have any recognized tribes, or tribes that posed for photographs.

Teaching about IndiansGood idea to use this as a teaching moment. But consider another point. There's no evidence that anyone, including parents and teachers, thought anything was wrong with this. For all we know, every adult on the scene approved of it.A couple of people said Pocahontas spurred them to do their own research on Indians. To which I responded:

That a movie spurred some of you to do your own research is good. But Pocahontas had the opposite effect on this student. And his teachers and parents, apparently. They saw the movie and repeated it as if it were fact.

And that's how many people treat movies. They know vaguely about Pocahontas and John Smith. They assume movies like this are based on history. They make no effort to separate fact and fiction, so the two blur together in their minds.

For more on the subject, see "Pocahontas" in Gossip Girl and Artist Reimagines Disney's Pocahontas.

Below:  The real Pocahontas. 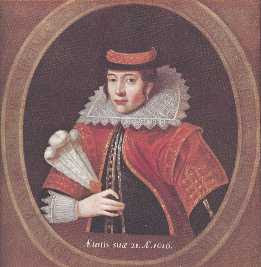