Local artist Isaac Brynjegard-Bialik presents an exhibit of his "fine art mash-up" works like this one at Brave New World Comics in Newhall on Saturday, Sept. 11.And:And:Comment:  I can't see any hint of Loki in the image below, but I trust he's there.

For more on tricksters and Coyote, see TRICKSTER's Starred Reviews and Tricksters Around the World. For more on comic-book art featuring Natives, see Indigenous Comic Art and The Search for Aztlán. For more on the superhero-god connection, see Why Write About Heroes? 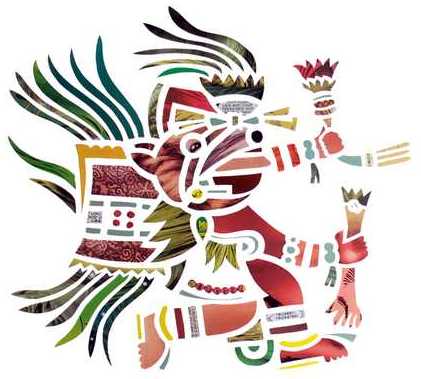 There's a slight hint of the New Agey type "scholarship" that mangles entirely different deities together to claim they are the same.

Yeah, on TV Tropes, it's called Cut And Paste Translation.