A black woman writes about her son (nicknamed "Destruction") and his reaction to Peter Pan: 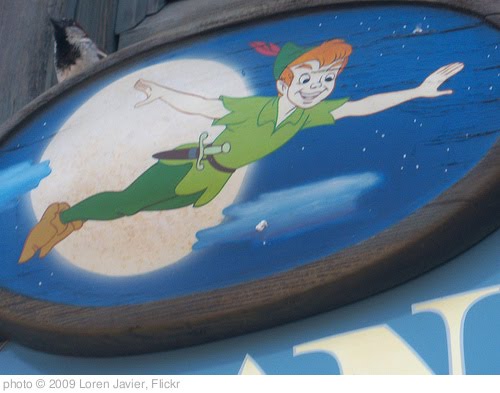 Song of the South has not seen a release in any form in the US since the 1980s. Yet Peter Pan is still out there doing its damage. What an excellent illustration of how Rob described our attitude towards Native Americans in a later post:

"These people live out in the desert somewhere, worshiping rocks and trees, and living off welfare checks. We don't have to treat them like full-fledged Americans because they aren't...."

So what Rob is doing here is keeping the racism alive by "paraphrasing" it, what good does that do for White people? Does it educates their ignorant minds by instilling the same racist tirades that Rob pretends to refute? Better yet, does the rehashing of false stereotypes help Native Americans at the behest of Rob's repeated racism? I don't think so.

He's just as "racist" as the Tea Pottiers he writes about.