Hopi and Navajo vs. tribal councils

By Brenda NorrellComment:  Klee Benally uses the catch phrase "puppet governments" whenever the Hopi or Navajo governments do something he disagrees with. He and his side never prove that they have the majority of the Hopi and Navajo people behind them. That they, not the elected government officials, represent the people. They simply declare it to be true without a shred of evidence.

The same thing happened with the battle over Big Mountain. Then the US government tried to divide the tribes' Joint Use Area between the Hopi and the Navajo. Representing the tribe, the Hopi tribal council said the Big Mountain area was part of the traditional Hopi homeland.

Klee Benally, Brenda Norrell, and their ilk responded that the Hopi tribal council was a "puppet government." Never mind that the Hopi had been saying the land belonged to them for generations. Eventually Benally and company abandoned the argument--presumably because castigating the Hopi government didn't affect the Hopi's love of their land.

Any time activists try to demonize a tribal government by calling it a "puppet government," beware. It suggests they're resorting to propaganda tactics because they can't win the debate on its merits.

Below:  The Big Mountain area. 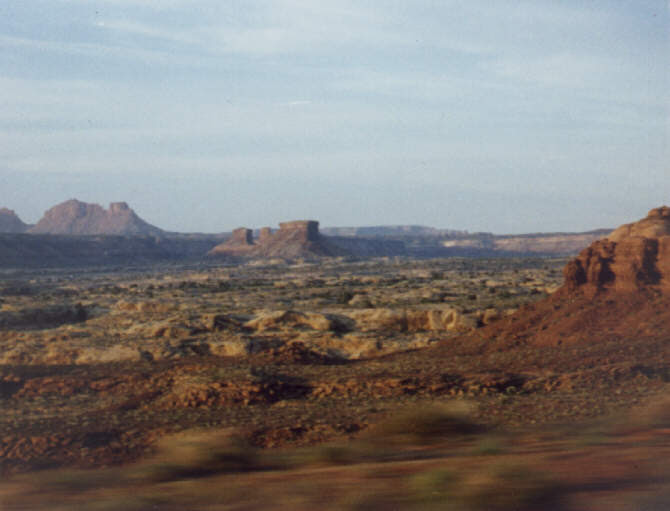 You mean the tribal councils "installed" by the US government in 1934 and voted for by the Hopi people in free elections ever since? Does that mean Vernon Masayesva, who now stands with the traditionalists and environments, wasn't a legitimate tribal chairman? Did the US and Peabody "elect" him too so he could pretend to fight them while he was in office?

Dan Evehema wasn't and isn't the sole representative of the Hopi traditionalists. And he's been dead for, what, a couple decades? Unless the traditionalists participate in a vote or a poll, no one can say with any certainty what they believe.