Chief Noonday to get statue

By Jeffrey KaczmarczykComment:  No picture of Chief Noonday exists, so the sculptor is researching the "clothing, customs, and regalia of the Ottawa people." Compare that to the approach taken by Cyrus Dallin for his sculpture of Massasoit: making up the chief's appearance based on stereotypes. This is the approach validated by Utah's art historians, who don't see anything wrong with Dallin's statue. 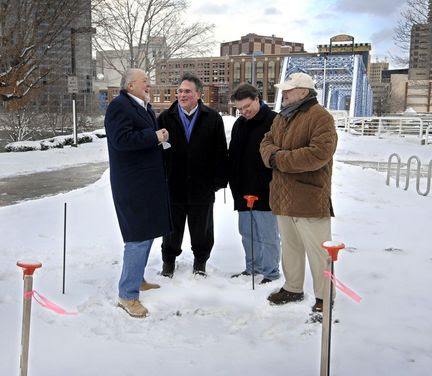