Inuit Diasporas:  Frankenstein and the Inuit in England

By Karen PiperFrom the article's body, Piper notes Shelley's interest in Arctic exploration:How Piper concludes that the monster represents Eskimos, who aren't present in the book:Piper explains the significance of the missing Eskimos:Another posting notes how the monster himself relates to Natives:

Native America & Speculative Fiction:  Interview with Amy H. SturgisBased on the descriptions in Frankenstein, makeup artist DerrickT created a model of what he thinks the monster would've looked like. Others noted its resemblance to an Indian: 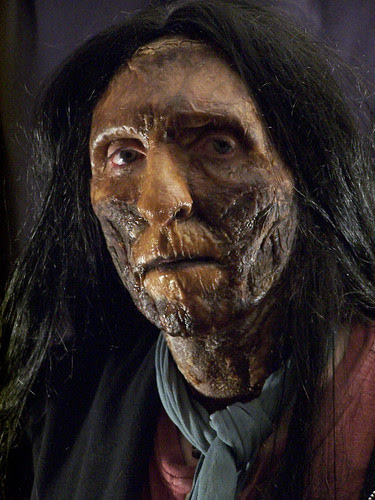 Review of The Terror
Charles Dickens on "Esquimaux"
The "Other" and The Terror
The doomed Franklin expedition
Posted by Rob at 8:48 PM