I recently watched Australia, the 2008 epic romance film directed by Baz Luhrmann and starring Nicole Kidman and Hugh Jackman. It's relevant here for its take on the country's indigenous people and policies.

Australia's reviews were mostly mixed, with some accentuating the positive and some the negative.

Australia (2008 film)That line sums up the movie nicely. In other words, I tend to agree with the negative reviews. A sampling:

When Australia came out, I covered it in a couple postings:

Here are a few additional thoughts:


Consider Nullah the half-caste boy. His father is a villainous white man and his mother an Aboriginal servant on the ranch. How did she come to be in a position of servitude? Where are her people and why doesn't she rejoin them? Did the man rape her, or did she "acquiesce" to his advances because she lacked options? How does she feel when he struts around as if he practically owns her?

Questions like this go unanswered in a film like Australia. It almost has a whiff of Song of the South, with its happy slaves, about it. The Aborigines don't whistle a happy tune, but they don't seem terribly upset about their plight either. None of them are brimming with the anger or hate one might feel in their positions.


In conclusion, I'd say Australia is a sprawling mess of a movie with good intentions but mediocre results. Rob's rating: 6.0 of 10. 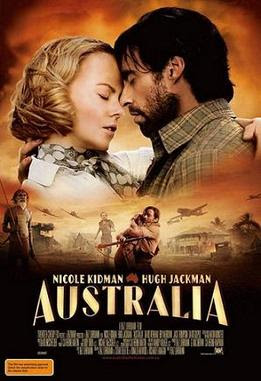 Not re: "Australia", but I think that Smilla's Sense for Snow is missing from your film list. Although that made the decision of casting Julia Ormond as half-Inuit. So White English millionaire's daughter plays biracial Inuit with a happy childhood steeped in poverty... Way to go.

Another one you missed: "Hank Williams First Nations".

I checked on imdb: The Inuit boy (Isaiah) in the movie is played by a Filipino... Only Smilla's mother and Isaiah's mother Juliane (Smilla's neighbor) are played by actual Inuits. I am not sure about the Inuit hunter role (portrayed by Ona Fletcher) or by the child actress who portrayed Ormond as a little girl (Ida Julie Andersen).

I just found this website: Inuit Circumpolar Council. Quite interesting.

Thanks for the movie notes, but it would be better to e-mail me with them. This thread should be for comments on Australia only.