By Jonathan RabanRaban notes how Lange's famous Migrant Mother photo fits the pastoral template:Nor is this a coincidence. Lange learned to romanticize the West from her first husband Maynard Dixon. In particular, she learned it from photographing Hopi and Navajo Indians.To sum it up, Indians inspired Lange to pursue documentary-style photography, which culminated in her famous Migrant Mother, a portrait of an Indian. Without Indians, she still might've had a career, but it wouldn't have been as successful.

For more on the subject, see Migrant Mother Was Cherokee and Romantic Indians.

Below:  Lange's mask-like photo of a Hopi Indian. 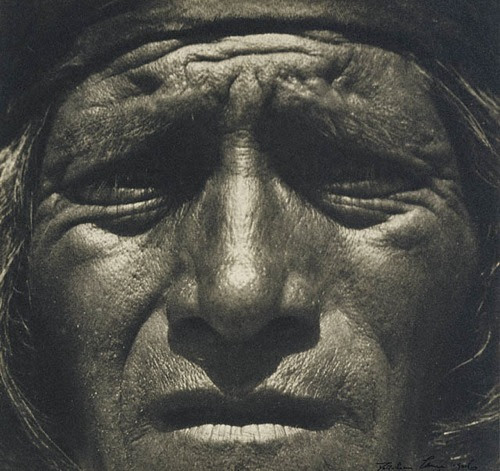