She also leads a packed house in song and dance

Without invalidating anything in the Bible, it adds a multicultural layer of complexity. Between the scenes of the Nativity story, a Native mystic leaves baby Jesus a gift.

This implies that Native religions recognize the holiness of Jesus, and that God recognizes Natives as part of his creation. Thus, any Christians who go killing or conquering indigenous people are even more clearly in the wrong.

For more on Indians and Christianity, see Tonto's Son the Minister and Seeking Advice on "Indian Demon." 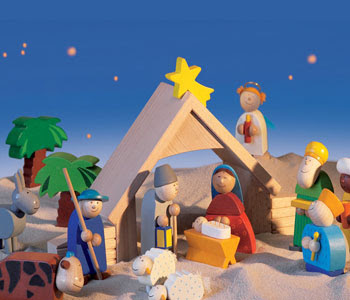 Once, years and years ago, I saw a picture book with the Nativity reimagined in various world settings. I really wish I knew the name of it or the editor so I could find a copy again.