Mattel: James Cameron's AvatarComment:  For more on the subject, see Army vs. Indians in Avatar and Evoking Natives in Avatar. 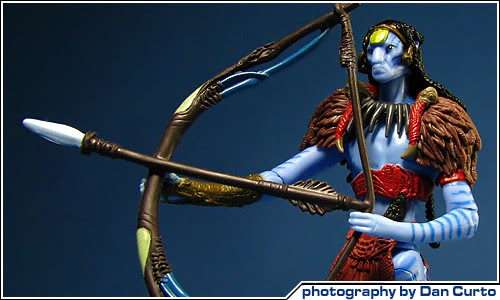 I didn't see anything in the character that made him much different from any of the noble/wise "Chief" characters I've seen in different Western-related projects.

But I guess it is good that they chose a Native actor to play what I consider to be one of the two most strongly Native-like characters in Avatar.

Like Michael Caine said of Jaws: The Revenge. "It was a horrible film, but it bought a lovely house."

It sure raises his profile, too, and will open more doors for him. The character was OK. But just not great like the one in "The Only Good Indian".