The "cool down" defense

What should you say when somebody tells you to stop being angry and "cool down" in a debate on racism? The Racialicious blog offers a good answer.

The issue came up when a magazine gave a positive review to a video game called Ching Chong Beautiful. The game had a stereotypical "Chinese" name and used stereotypical Japanese words and images. When "SaintWaldo" pointed out the problems--starting with using a Chinese slur for a Japanese-based game--someone told him to "cool down."

More to the point, I couldn't care less what you think of my motivations. Stop trying to change the subject and start addressing the issues I raised. I explained why the mistake or stereotype is wrong. Either admit I'm right or say why I'm not.

Or give up and run away with your tail between your legs. It doesn't particularly matter to me. By posting this response, I hope I've educated anyone who reads it. Compared to that, who cares if one person gets it or not?

For more on the subject, see Why Does Rob Keep Criticizing?

Below:  "Cool down, man. It's just a racist stereotype. It's not the end of the world." 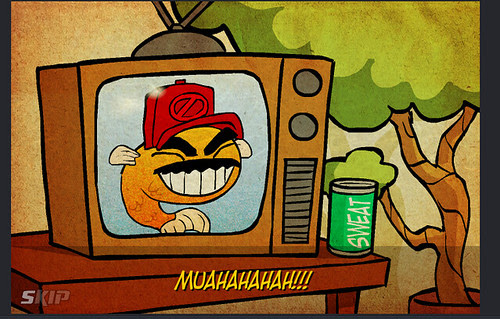