By Jack HittComment:  Even if Indians do it, dressing up as Plains chiefs is stereotypical, of course. 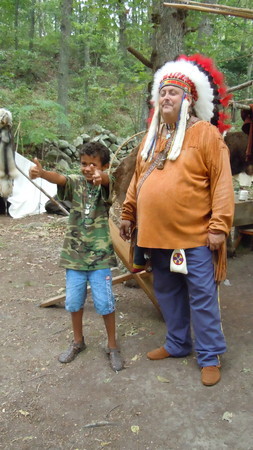