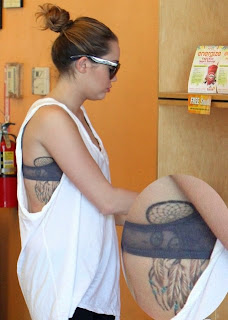 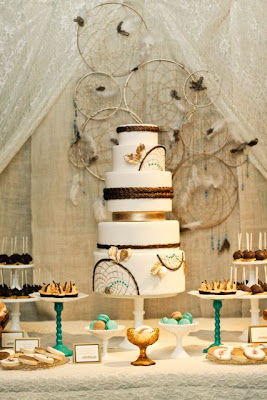 The blog's commenters disagree about whether Cyrus's actions are okay:And:And:Meanwhile, here's a guide to truly awful dreamcatchers:

The "Awful" Field Guide to Dreamcatchers 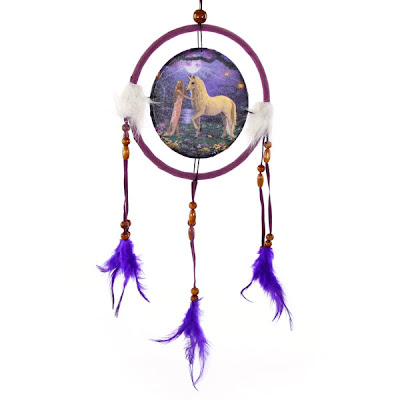 Comment:  Miley Cyrus has a whole wannabe thing going on. As you may recall, she also loves Pocahontas.

As usual, I tend to agree with Adrienne. It's too late to stop the exploitation of dreamcatchers. But if you have to have a dreamcatcher, get a genuine one from a Native and understand what it means. Don't just use it as a cake decoration or a tattoo because you think it's pretty.

For more on dreamcatchers, see Dreamcatchers Loser Cultural Significance and Dreamcatcher = Healing at Stanford.
Posted by Rob at 5:49 PM

Lots of Natives have appropriated the dreamcatcher to make and sell to tourists, etc. Is that different, better?

You should warn that that Awful blog is, um, NSFW.

Thanks for the props :)