Well, not quite. A woman called from Louise Erdrich's Birchbark Books in Minnepolis today. She said they'd heard about my comics and were interested in carrying them in the store. She added that TRICKSTER and The 500 Years of Resistance Comic Book were selling well and they were looking for similar works.

That's good news, but I have to produce more comics for them to sell. That may take another six months to a year. In the meantime, I'll send them a list of Native-themed comics and graphic novels that I recommend. 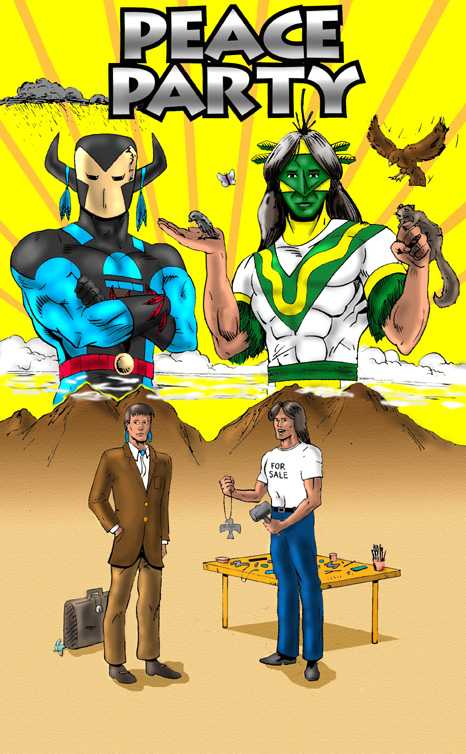 Now you've hit the big time. Being associated with Louise Erdrich. I loved Love Medicine. (For those who haven't read it, it's the telling of a family over half a century. It's part of a larger universe.)

These small bookstores are the place for artists and other intellectuals. They offer a selection you can't get at Borders, Dalton, or the like.