A Native Facebook friend recently said she's getting a tattoo with stars. I'm interested in Natives and astronomy, and that reminded me of a little-known constellation.

Indus (constellation)Indus the IndianComment:  For more on the subject, see Asteroids Given Luiseño Names.

Below:  "Indus, an Indian holding a spear and arrows, as shown in the Uranographia of Johann Bode." 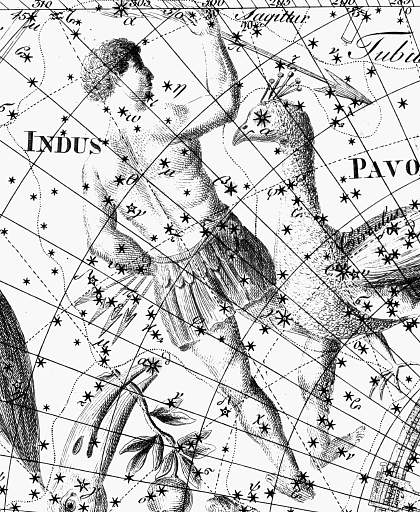