Expressing displeasure with something no one else has a problem with means revealing yourself as "the other."

By Kartina RichardsonComment:  In addition to the problems Richardson notes, the owners are misrepresenting Inuit culture. Portraying it as savage or uncivilized. Tying it in with fantasy creatures such as magical unicorns. And implying that Natives are the same whether they're in parkas or headdresses.

Note also Richardson's reaction. This is how people feel when they've endured a childhood filled with thousands of stereotypes. I'm sick and tired of people who haven't endured this constant barrage of negativity talking as if they could handle it better. Until you've gone through it, you don't and can't know. 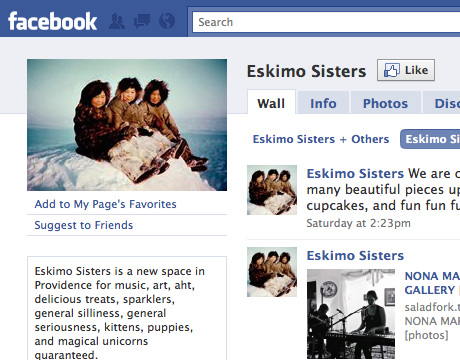