The Seneca Nation responds forcefully to Mayor Bloomberg's suggestion that New York state "cowboy up" against them:

By Gale Courey ToensingCowboys and Indians:  Bloomberg shoots from the hip

By David KimelbergAnd:Comment:  For more on the subject, see Obama = "Town Destroyer"? and Senecas to Collect Thruway Tolls. 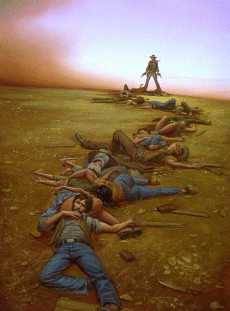