Headdresses okay if they're "controversial"?

In Cooke Defends Medals, Headdresses I compared wearing a chief's headdress to wearing a soldier's medals. Both people consider it an honor and both don't like being mocked.

Michael Cooke couldn't refute this argument so he mostly ignored it. But he did address one of my claims:Mike's response:So much foolishness here.

First, there's no necessary distinction between an act's being morally wrong and expressing a controversial idea. An act can be or do both. Examples: Screaming profanities at children because you think they deserve punishment. Publishing false reports about presidents because you believe they're a menace to society. Blowing up buildings to protest what you consider an unjust government policy.

So your "controversial idea" defense is as invalid as your other made-up defenses. I don't need to refute it because wearing headdresses or medals isn't about expressing controversial ideas. Try again.

As for why non-Natives wearing headdresses is morally wrong, I thought that was obvious. By stereotyping Indians you're presenting false or misleading information about them. Depending on what you say or do, it's an implicit or explicit lie.

Moreover, this practice offends some people's beliefs, same as pissing on a Jesus figure or publishing a Muhammad cartoon might. If you had a damn good reason for offending people, such as expressing an important "controversial idea," you might be able to justify it. But I just dismissed that as a valid excuse. Few if any headdress wearers have a message beyond the stereotype.

So you're spreading misinformation and offending people for no good reason. If you don't understand why that's wrong, I'm not wasting more time explaining what "wrong" means. I'll accept that you're too dumb to understand it.

If you don't like the term "morally wrong," try "intellectually wrong," since that's also true. Or just "wrong," period.

More idiocy from CookeAnd yet you previously wrote, "Only Native Americans ... know for a fact the headdresses worn by entertainment performers are poor fakes." Are you admitting you were mistaken?I've told you several times that Kesha's headdress didn't look fake. Either you're too stupid or too cowardly to address the point--I don't know which.

Besides, how real or fake it looks doesn't change the stereotypical effect. People believe headdress-wearing chiefs represent all Indians because they see them over and over. Real chiefs, fake chiefs...it doesn't matter. The quantity counts much more than the quality.

In fact, you could argue that fake headdresses have more of an effect than real headdresses. If headdresses are so ubiquitous that you can find them in costume shops, they must represent Native culture, right? At least, that's what many people may think.Another false dichotomy. Again, it can be both.The idea that cultural appropriation can't be racist is asinine. Try dressing up like this to make a fashion statement and see how it goes:

You don't have a clue what Kesha intended, so I'm not wasting time with that guessing game. And see Indian Wannabes = Celebrity Wannabes to learn how stereotyping and "being cool" go hand in hand.

If you think a chief's headdress taken out of context isn't a stereotype, you don't know what a stereotype is. I'm not wasting time alleviating your ignorance of basic words and concepts. Try a dictionary.

For more of Cooke's failed arguments about Kesha, see Headdresses = Fedoras? and Stereotypes in Cultural Commons?

America appropriates everything?Not quite. We used to appropriate cultural characteristics and regurgitate them as racist depictions of blacks, Latinos, Asians, Jews, and so forth. But minorities criticized that practice and it mostly stopped. Now we're doing the same with racist Indian depictions--the last bastion of stereotyping.

With your "America appropriates EVERYTHING" claim, you're back to your cultural commons idea. Which means you're back to explaining why minstrel shows and Polish jokes were okay but aren't any longer. Why don't you stop ducking the question and start answering it?

As for the class issue, I addressed that in Is Racism Really Classism? Short answer is that racism and classism are interrelated and battling one helps battle the other.Native cultures aren't "jealously possessive" of their cultures. They're possessive, yes, but not because of jealousy. Rather, they're acting on the same impulse as writers or artists who want to protect their work. Controlling your words and images is a smart management policy, not a childish emotional response. Which is why tribes have sought intellectual property rights over their cultural beliefs and practices.

Finally, Cooke says something that almost makes sense:So we started with my saying wearing headdresses was wrong, and now Cooke agrees that "the appropriation is wrong." In other words, Cooke is a time-wasting idiot who has lost another debate. Better luck next time, Mike.

For more on the subject, see The "Honor" of a Plains Chief and Is Cultural Appropriation Okay?

Below:  America appropriated Chinese culture to create Charlie Chan, so he can't be racist, according to racism apologist Michael Cooke. 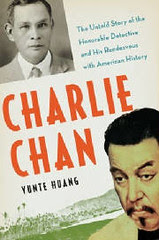 "Ke$ha wore the headdress to make a gender bending suggestion"

That might have been edgy and daring when Cher did it .... DECADES AGO (all stereotype issues aside). Now it is a merey cliche. If the purpose is for Kesha to catch up with Lady Gaga on the "shock costume" thing, then she's only about 40 years behind.

Lady Gaga wore Indian headdresses too in her Pop Burlesque cabaret show before she became famous.

Keke & Gaga's spiritual grandmother Madonna has never worn one to my knowledge.
Madge had been gender bending way before these two even born.
Just sayin :)

Good point, DMarks. For more on the subject, take The Hipster Headdress Challenge.