I posted the following article on Facebook as an example of how Hollywood treats ethnic actors, including Native actors.

'Being an Asian actor, it's never going to be easy':  Dev Patel goes to Hollywood

By Jon WildePredictably, this led to another debate with Michael Cooke:It's a question I've already addressed, Mike. I'm sick of how ignorant you are about how much I've written. Spare us your Simple Simon opinions and study the issues, as I have. Then you won't sound like such an idiot.

Hollywood is about making money...no, really? I haven't heard that more than a thousand or so times. Fortunately, I and many others have addressed that claim in depth. Too bad you're so ignorant about our counterarguments.

You're so pathetic you can't even address the point of this article, Mike. But give it a try, lightweight. Slumdog Millionaire cost $15 million to make and has earned $377 million so far. According to your asinine "Hollywood is about making money" theory, why hasn't Hollywood made more Slumdog Millionaires or cast Patel in lead roles? His box-office record suggests he's a surefire money-maker.

Either address the point with a convincing explanation of why Hollywood is ignoring Patel or admit you don't know what the hell you're talking about.

P.S. I've watched several Bollywood films recently. They all have beautiful, charming actors who could be stars in Hollywood pictures. These people are as charismatic as a young Tom Hanks, Julia Roberts, or Tom Cruise.

Cooke swings and missesLet me repeat the question in case you were too dense to understand it before:

Slumdog Millionaire cost $15 million to make and has earned $377 million so far. According to your asinine "Hollywood is about making money" theory, why hasn't Hollywood made more Slumdog Millionaires or cast Patel in lead roles? His box-office record suggests he's a surefire money-maker.

Either address the point with a convincing explanation of why Hollywood is ignoring Patel or admit you don't know what the hell you're talking about.

I love how you justify your constant ignorance. You have some unspecified real-world experience. You're as authoritative as Fox News is. You use "confirmation bias" as your excuse to remain uneducated. (And yes, I know what it is, since you've brought it up a dozen times in the last few months. Or did you forget that, dumbass?)

What you won't do is offer a shred of evidence except your uneducated opinions. You take pride in your lack of knowledge while expecting us to take you seriously. As with your ignorant opinions about The Dudesons and "minstrel shows," you literally don't know what the hell you're talking about.

I've written about racism in America a few thousand times, but thanks for telling me what I already know. Unfortunately for you, Hollywood execs haven't surveyed what their audiences want. Nor have they looked objectively at the evidence. Hence the famous dictum that Hollywood doesn't know anything.

Whether their audiences are racist or not, they're pursuing a racist agenda on their own. Whatever their excuses are--doing what's "familiar" or "comfortable"--the result is racist. They may not "intend" this result, but it's there nevertheless.

What's "simple minded and EASY" is not making cogent arguments about how something is racist with supporting facts and evidence. What's easy is following the majority of sheeplike Americans who deny the extent and even the existence of racism. Basically, you can sit back and chew your cud, fat and happy, while not lifting a finger to acknowledge the problem, much less address it.

The only difference between you and the other sheep is that you have a fancy name for stupidly denying the facts in front of your face. Other people bleat "get over it," "you're imagining things," or "stop making a mountain out of molehill" to dismiss the problem. You bleat "confirmation bias" to dismiss the problem. Either way you're claiming the problem isn't real, which is why I've correctly labeled you an apologist for racism.

I watch Native, minority, and foreign films all the time, bright boy. I don't accept that I "almost always spend money supporting movies with almost all white casts" because it's demonstrably false. I mentioned Bollywood because I just watched Jaane Tu Ya Jaane Na a few days ago, for instance. I've also watched several Japanese animated films recently.

Your claim is a typical example of your ignorance about me. You're a self-admitted racist so you think everyone else is too. Nope, it's just you.Selling t-shirts is the key?!

When a $15 million movie makes $377 million, who cares whether it sells t-shirts, toys, or dolls? Not me or anyone who cares about the bottom line. You should've stuck with not answering, since your answer is lame.

If at first you don't succeed, try, try again. Slumdog Millionaire made about 25 times what it cost without relying on sales of ancillary products. Why wouldn't Hollywood immediately try to duplicate its demonstrated success?

The money interests may want a "sure thing," but they often back the wrong project. Judging by the evidence, the next Slumdog Millionaire would be the best bet. It's a lot surer than these 2010 flops:

The Biggest Box-Office Flops of 2010

"American Hollywood believes marketable actors are mostly White, often Black and rarely Latino." No kidding. In other words, Hollywood execs and their "money interests" are racist. They ignore successes such as Slumdog Millionaire and Karate Kid because these movies don't fit their biased view of what Americans will watch.

I haven't written any screenplays, so I haven't discriminated against anyone. My comic books feature Native Americans, as you may have heard. If and when I write a screenplay, it'll probably feature a Native hero too.

If I can't get a Native actor as the lead, I'll be happy to get an ethnic actor such as John Cho or Dev Patel. That would be a smart move. As I've said before, putting your money into the story, director, and special effects--not into big-name actors--is the way to make money."Rob, I'm suggesting Hollywood is crediting the director with the movie's success and not the actor."

No, you were suggesting that Hollywood casts popular actors because they sell a lot of ancillary products. After I ripped that argument, you shifted to a new and unrelated argument--that Hollywood credits the director and doesn't care about the actors. I guess making up new arguments is what you do when you keep losing with old arguments.

Count on Maguire and Wood but not Patel?

Actually, without further evidence, it does suggest that Hollywood should rush to give Patel a chance. The only evidence we have suggests that Patel is a real or potential money-maker. Why would anyone with $15 million to spare not gamble it for a chance at 25 times the profit?

When Johnny Depp hit it big in one movie (Pirates of the Caribbean), I think Hollywood rushed to give him his choice of projects. Why not do the same with Patel? I'll tell you why: because he's not white.

In the old days, Hollywood filled the theaters with countless B-movies with no-name stars. Today, I could list thousands of movies where Hollywood hasn't used white actors with a "cult" following. How are these things possible if a cult following is so important?

It was true yesterday and it's true today: Movies succeed with no-cult actors. If you think Tobey Maguire (Spider-Man), Elijah Wood (Lord of the Rings), Daniel Radcliffe (Harry Potter), or Shia LaBeouf (Transformers) were fan favorites before their first big hits, you're sadly mistaken. They didn't make their movies a success; the movies made them a success.

You mentioned indie films. I'm pretty sure movies in the $15 million range need financial investors, studio distributors, and so forth. These people are still part of the biased Hollywood system. They won't look at a Slumdog Millionaire and make a rational decision.

Besides, we're talking about the mainstream, not the fringe. Again, why didn't Hollywood take Patel, put him into a series of low-budget movies, and take advantage of the star power he showed? If he got the same exposure Tom Hanks and Johnny Depp did in their early movies, he might be just as big in 10 or 20 years.

We'll never know unless Hollywood gives him a chance.

For more on the subject, see Hollywood's Cultural Conservatism and Indians Hold Steady at 0.3%. 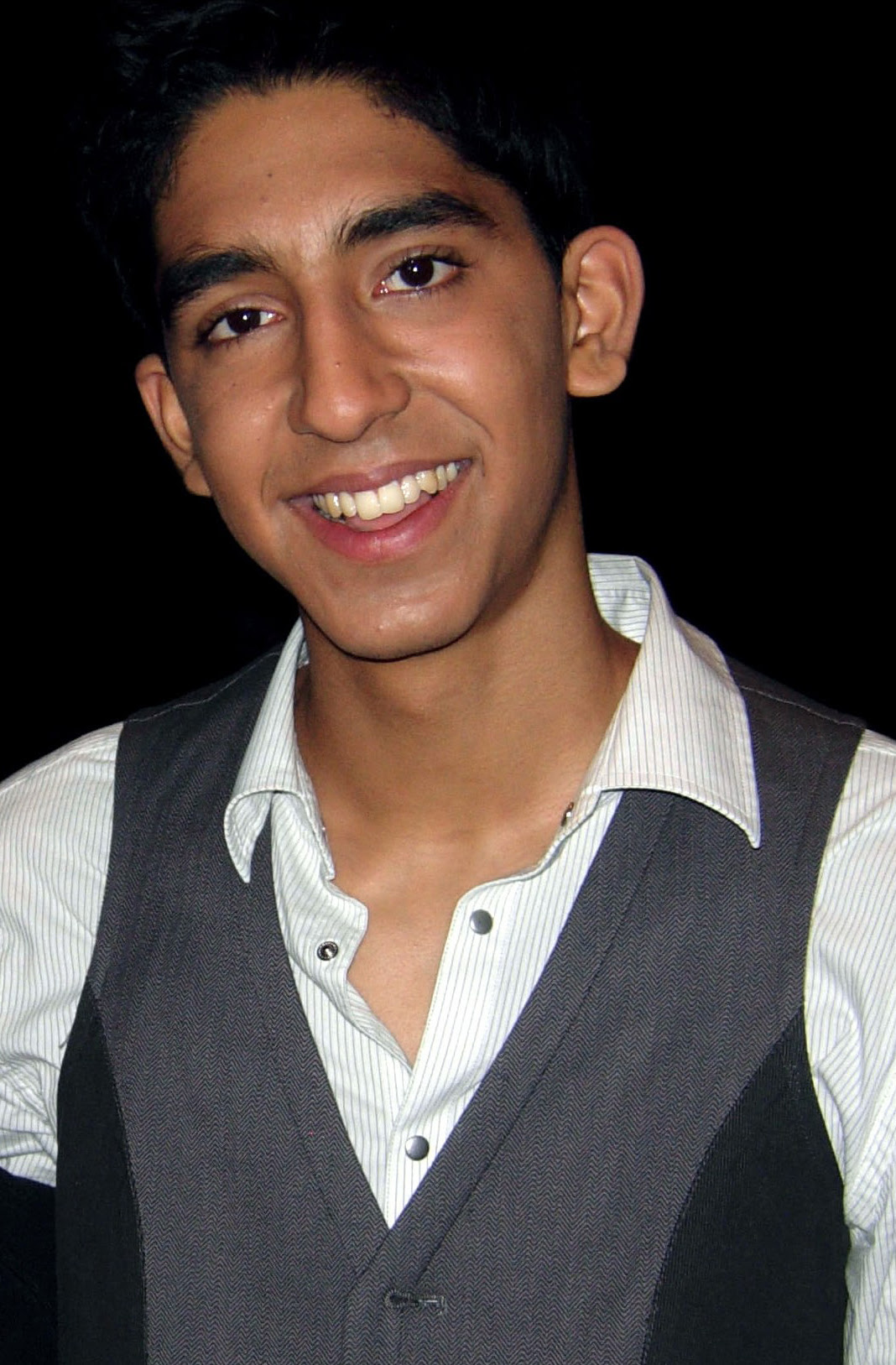 More evidence of Hollywood's irrationality in not using Patel:

Big Cinemas, India's largest movie theater chain, is hoping to cash in on the fast-growing and affluent population of Indian Americans. In the last 18 months, it has taken over 18 U.S. theaters.

The U.S. has a fast-growing and affluent population of Indian Americans: about 2.5 million people. The Bay Area alone is home to an estimated 215,000 ethnic Indians, many of whom work in the Silicon Valley's high-tech industry and are hungry for entertainment from their home country.