By Chuck HagaGovernor Dalrymple explains decision to sign Fighting Sioux billComment:  A "conclusion"? That must be some sort of joke. This legislation guarantees there will be more lawsuits, sanctions, and political wrangling. All this while political hypocrites complain about the size and cost of government.

It's amazing how obsessive these mascot supporters are. And hysterical when you think how these people complain about minorities living in the past and dredging up old grievances. These people are much more fanatical about something that's much less important. It's almost as if they have a mental condition--call it mascot derangement syndrome (MDS).

To sum it up, the state has ordered UND to keep the nickname. The NCAA says it will sanction the school if it does. Stay tuned for more fun.

Below:  Step on the Indian's head to show how you honor him. 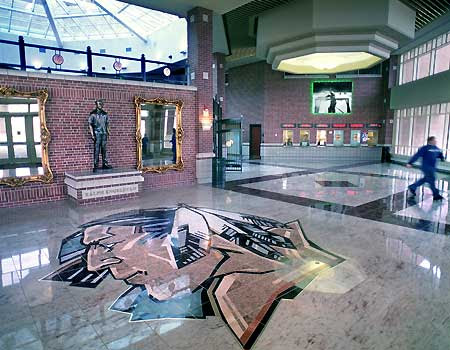