Speaking of Johnny Depp's movies and pirates of the Caribbean....

Whenever we discuss Depp on Facebook's NativeCelebs page, people rush to his defense. He's an Indian because he's part Cherokee, they'll say. He starred in Dead Man and The Brave, so he can play Indians. Let him play Tonto in The Lone Ranger and he'll show us his stuff.

But we don't have to imagine Depp's sensitivity to Native portrayals in film. He already has a notable track record in this area: 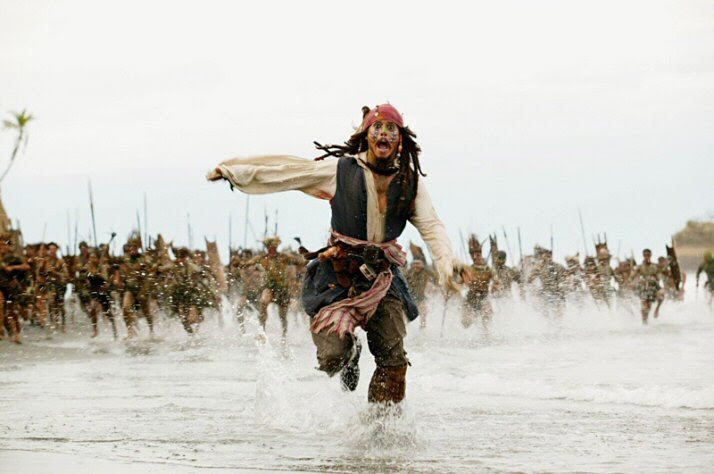 Strike one: Pirates of the Caribbean: Dead Man's Chest depicts Caribbean Indians as mindless, murderous cannibals. Depp did nothing to change or protest this depiction.

Strike two: Public Enemies co-stars Marion Cotillard as John Dillinger's Menominee girlfriend. Depp did nothing to get a Native actress hired for the role. 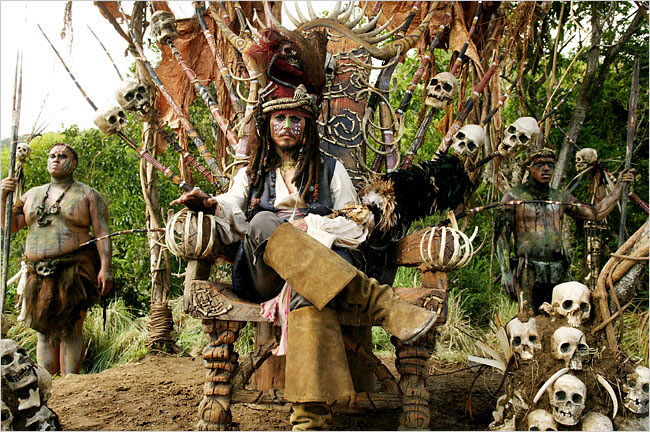 Three strikes and you're out, Johnny.

To those who say Depp is only an actor, not a producer, I say rubbish. Arguably none of these movies would've been made without Depp's participation. The Pirates sequels certainly wouldn't have been. He had the clout to ask for changes, at least. Whether they were made or not, he would've been on record advocating accurate representations of Indians in Hollywood.

Instead he did nothing. But he's the great red hope who'll make Tonto a hero and role model for a generation of Natives? Somehow, I doubt it.

In short, what has Johnny Depp done for Indians lately? Not much.

For more on the Lone Ranger, see The Lone Ranger as Don Quixote? and Marty Two Bulls on Johnny Depp. For more on casting issues in general, see Oprah Winfrey the Indian? and No Indians at the 2011 Oscars. I agree. Although Depp may have some native blood running through his veins, he definitely has no native conscience running through his soul. He does not even qualify as a native in my books. One must be raised and cultured in traditional native surroundings to understand what it is to be of indigenous claims and have ancestors, as well as oneself, feel the sting of racial oppression.

I feel that at this time in Depps career, he is smart to bank on whatever acting jobs and opportunities afforded him. He does have an active and successful career in a business that many fine actors have short-lived and unsuccessful resume combined with an unpredictable and trendy audience/critics.

It took Brando decades before he challenged and took a stand against the Hollywood elite for the unreal portrayal of American Indians in film.

The Lone Ranger is a part of the American myth and standard stereotype for white settlers mixed with the glorification of western film when we all know in fact most wranglers never took baths for weeks, killed one another and passed around STDs.

What will be interesting is hearing what kind of dialogue this Disneyish production will have for Depp doing Tonto's character?

I can't imagine anything good: immediately what comes to mind is Jack Sparrow's drunken slather mangled into Tonto-speak.