David Grann's book The Lost City of Z centers on the British explorer Percy Fawcett. Here's what he and other Victorian-era thinkers believed about Indians:

By David GrannComment:  I think Grann claims that Fawcett's views were complicated, but no worse than the views of his contemporaries. Indeed, they may have been better than average.

On the positive side, Fawcett respected the Indians he met, deeming them intelligent, industrious, and so forth. He especially admired their ability to survive in the jungle and heal maladies with herbal medicines. The further he got from civilization, the more he recognized their ability to farm and provide for themselves. He blamed their "savagery" toward white men on the latter's depredations. He was appalled by the atrocities the rubber gangs committed, and vowed never to kill or harm the Indians himself.

On the negative side, Fawcett believed the Indians he hadn't met were as cruel and vicious as people said. He thought the successful Indians must be the remnants of a vanished civilization, perhaps Phoenicians or the Lost Tribe of Israel. As evidence of this, he and others pointed to light-skinned or albino Indians and claimed they were descended from white men. Eventually he came to imagine his "Z" was some sort of mystical, otherworldly city a la Brigadoon, Shangri-La, or Atlantis.

These views may be better than those of predecessors such as Charles Darwin, Mark Twain, or Theodore Roosevelt. They may be similar to those of the anthropologists who studied Ishi around the same time. But they're definitely a mixed bag for Indians.

For more on the Sepúlveda-Las Casas debate, see Those Evil Europeans. 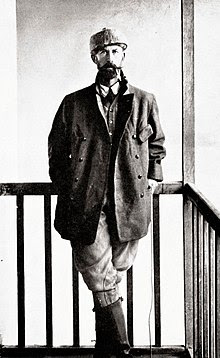 Perhaps the creators of Mormonism owe his estate some royalties.

Hi there just had a quick glance over the article and found it interesting but i was hoping to get some advice as i need to get and general over view of the "Victorian Race Theory" and was hoping if some one could pointing me in the right direction of where to look for the information i am after.