Another day, another entry in the Rand/Stossel termination agenda for Indians:

By Chuck RogerComment:  No doubt you recognize the key codewords here: End the isolation. Stop discouraging assimilation. In other words, Indians should give up their land, their reservations, and their sovereignty. They should forget about the treaty rights that guarantee them certain benefits.

It doesn't matter what the Constitution and various court decisions say. We stripped them of their land, cultures, languages, and religions. Now let's strip them of the money that was supposed to compensate them. They're only "dirty redskins," so who cares if we rob them twice? We'll rob them as many times as it takes until they shrivel up and die.

Pay close attention to what this Jolly Roger is saying. Indians are suffering high rates of suicide, but let's do nothing to help them. Maybe they'll help themselves and maybe they won't. If they don't, problem solved. Once they're dead we can take their remaining land and resources without listening to them whine about their "rights."

This is pure social Darwinism: survival of the fittest. Those that overcome depression on their own deserve to live; those that don't deserve to die. Roger is more concerned about his free-market ideology than saving actual lives. If self-reliance isn't the cure-all he thinks it is...oh, well, they're only savages. No big loss to humanity.

Roger reguritates his free-market propaganda without a shred of evidence except a vague reference to psychologists. This is anti-intellectual, asinine nonsense for several reasons.

Roger says we shouldn't put faith in government to "deal with" anything. Does he really think we should privatize our troops, our highways, and our libraries? Or is he too stupid to realize that government does many things well? (Social Security has lower costs than comparable private programs, for instance.)

2) Roger obviously knows nothing about suicide. Guess which states have the highest suicide rates?

Ranking America's Mental Health:  An Analysis of Depression Across the StatesHere are the ten most suicidal states:

Colorado and New Mexico are arguably swing states, but every other state on the list is solidly conservative. These are exactly the states where people are supposedly rugged individualists. Where people supposedly hate the nanny state--when they're not receiving subsidies for their water, grazing, or mineral rights, that is--and rely on themselves. To put it bluntly, self-reliant people have the highest suicide rates in America.

Not everyone can live up to America's cowboy standard: the "virtue" embodied in John Wayne and Ronald Reagan. If you lived in a conservative state where they preached God and family while people lied and cheated, you'd feel whipsawed by the hypocrisy also. If it was bad enough, you might become depressed or suicidal too.

3) Roger obviously knows nothing about suicide prevention programs, either. An article appearing the same day outlines the facts Roger is ignorant of:

Response plan needed on suicide epidemicDuhhh. Unless you're a stupid twit, you know that mental health problems aren't solved with "self-reliance." They're solved with mental health services that require money. These services help military veterans with PTSD and they help others the same way.

If you think they don't work, let's throw our traumatized soldiers out on their asses and let them fend for themselves. If this treatment is good enough for Indians, it's good enough for everyone.

For conservatives like Roger who are ignorant of American history, we've tried allocating the Indians' land...forcing them to assimilate...and terminating their tribes. None of these policies worked. Don't take my word for it, dumbasses, look it up in the historical record. Stop pontificating about your ivory-tower theories and start dealing with reality.

For more on the subject, see 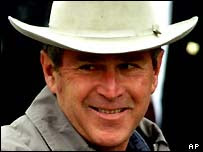 It is not enough to watch our children as they develope into their youth as what we might deem mentally healthy. We should also watch them closely as they prepare to enter and leave adolescense as healthy adults prepared for the outside world, but we do not.

As a former suicidal teen myself, I grew up in a time when there was no awareness, help or even talk about this subject at all, but I made it, and I made it only to become more involved with alcoholism.

By having the attitude of, "Let Indians commit suicide," I can almost bet he feels the same way about all suicides, Indian or non-natives, because that attitude still exists. Sadly, one only changes their attitude when it happens close to home, but we do not wish for that no matter how ignorant or racist one is. All life is valuable, no matter how stupid. One can always learn and change their attitudes which is the law of evolution or life itself, but Americans in general get comfortable and too cozy with outdated archaic ideals and behaviors that only keep everyone in the primitive and ignorant state.

Suicide prevention starts with the family, friends and community at large, something that might seem unreal in a cynical and callous society most deem civilized and the greatest nation on earth, but that is where the healing begins and ends.

Natives have a culture and existence that should be nurtured and celebrated from infancy through life. It is usually the adoption and conflictions of the dominant society that ignites suicide such as gangs, drugs, alcohol and violence.

I will never accept native people that harbor and include gangster thug mentality in native communities. It seems to say that being native is a weak existence, but being in a gang is a legitimate existence, but that is another story.

Like Anno said, "You Are (Not) Alone". Of course, he wrote the original version of that franchise while coming out of his own suicidal depression.

I remember feeling that way for reasons I won't get into here. But I did feel alone, and it felt like it wouldn't get any better.

And of course, some of those suicides end up like Jeff Weise. I'm sure Roger thinks that's just more efficient.

I can't believe how callous and inhumane Roger is. No doubt if one of his own children was suicidal he would be wanting the best mental health care money could buy.

Burt said...
"Natives have a culture and existence that should be nurtured and celebrated from infancy through life. It is usually the adoption and conflictions of the dominant society that ignites suicide such as gangs, drugs, alcohol and violence."

I agree Burt, which is why it is so infuriating when some (maybe many) in the dominant cultures then turns around and blames indigenous cultures for the situation (pretending that it's a big coincidence that indigenous from the US, Canada, Australia and New Zealand all grapple with the same issues and have all endured ugly, brutal histories of colonisation)

"Culturally sensitive programs? Are the Indian casinos losing money out there? How about some cases of firewater? That would be just as much help."