Here's a controversy that came and went in a few hours Friday: 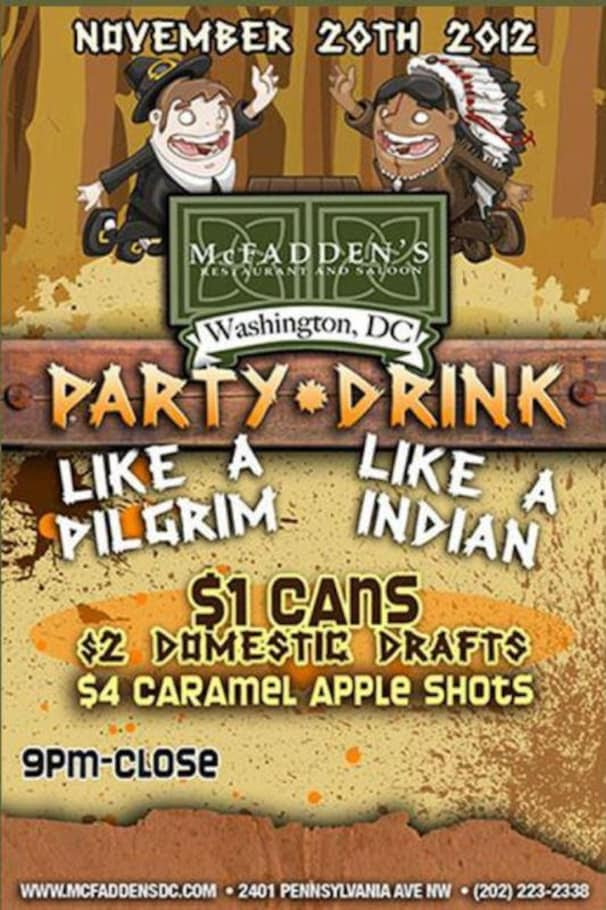 I don't know if McFadden's canceled all its Native-themed parties. Let's hope so.

For more on the subject, see Paul Frank's Racist "Powwow" and University of Denver's Cowboys and Indians Party.
Posted by Rob at 3:30 PM