Winnipeg's Most buys headstones for women

Memorials being made for Carolyn Sinclair, Divas BoulangerComment:  For more on the subject, see Navajo Art to Fund Rape Documentary and What's Wrong with No Doubt's Video.

Below:  "Jamie Prefontaine, known as Brooklyn of Winnipeg's Most, says headstones will be purchased annually to honour Manitoba's missing and murdered aboriginal women." (CBC) 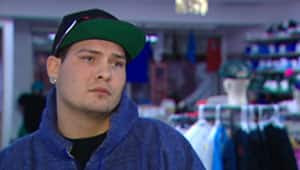 Email ThisBlogThis!Share to TwitterShare to FacebookShare to Pinterest
Labels: music, violence against women