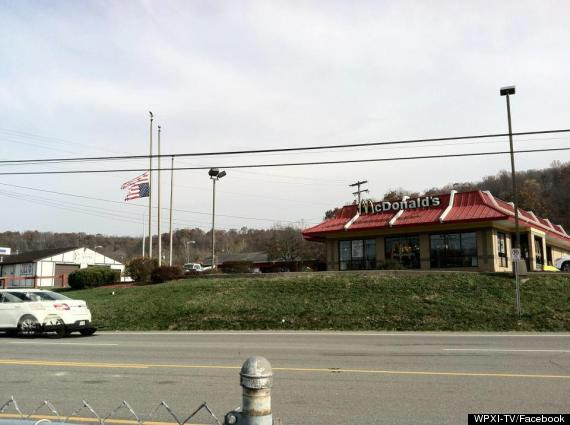 Comment:  It's hard to believe that the flag turned upside-down through an error and nobody noticed. It seems more likely that the manager wanted to send a message but lied about it when he was caught.

Here's an example of the outrage the upside-down flag generated--an excerpt from an open letter:

Re-posting from a Proud American:And the conclusion:Comment:  For more on the presidential campaign, see White Men Lose to Demographic Change and Obama Wins Again!
Posted by Rob at 6:00 PM

Anyway, Proud American in your post is going way overboard. The election victory was so small, that if you had subtracted a couple of gaffes from Romney, he would have won. Proud and many like him are imagining a mandate that doesn't exist.

And yes this happens any time Republicans win also.

Anonymous said...
This comment has been removed by a blog administrator.
2:22 AM

At half-staff wouldn't be an "accident" either, of course. But hey, they can say this. I'm sure Janet Jackson's cup came off by accident too.

In his blog, DMarks provides another example of an upside-down flag:

This suggests the West Virginia occurrence is part of a trend, not an isolated mistake.