On the Longest Walk Talk Radio, American Indian voices uncensoredComment:  That Native people are being censored is debatable. Consider Means's pointing out the disclaimer on the US apology. We've already seen several Natives who said the apology was meaningless without action. Means's comment is therefore redundant. Not publishing it is a valid news judgment, not censorship.

As for Benally, the 10,000 Navajos were relocated because they were living illegally on Hopi land. The Hopi Tribe sued the Navajo Nation and won. The subsequent settlement required the Navajos to accept long-term leases for the Hopi land they occupied, or leave.

Since they lost in court, the Navajos at Big Mountain now blame the relocation on corporations and the US government. They used to blame it on the "Hopi puppets"--i.e., the elected Hopi government--as well. But they've changed their PR strategy since they no longer have a case against the Hopi.

For background on this issue, see Hopis vs. Big Mountain Trespassers.

Below:  The Big Mountain area of the Hopi reservation. 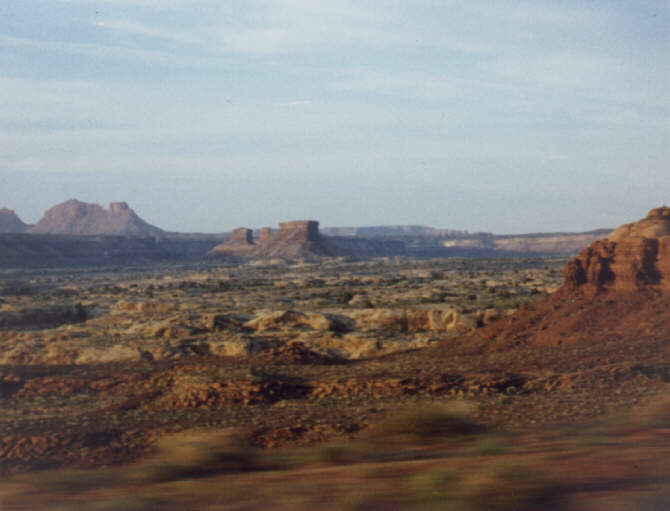 About the overuse of the censored term. There is something on the Internet called "Project Censored". One year I decided to check their list of censored stories. I found the most of them had been reported on places like the CNN, Washington Post, and Fox News archives. Just another example of someone using a word for effect, without any regard to its meaning. (never mind the fact that Project Censored has yet to be... ahem... censored).

They could call it "Project Underreporteed". Even if that is a matter of opinion, at least it isn't essentially a lie, like claiming the stories are "censored" is.

Likewise, they could have called this Longest Walk thing "American Indian voices heard".

Some of the stories in Project Censored may have been censored somewhere. That could justify the word "Censored" in the title.

Besides, "Underreported" may be more accurate, but it's not as catchy. ;-)

Or not as catchy as "Stories We Got In a Tizzy About, But Nobody Else Did"