Skywalk drawing big crowds, but they aren't happy campersWhy do people think it's a ripoff?Comment:  I wouldn't think it would be hard to take surreptitious pictures with a cellphone camera. I'd do it just to protest the tribe's policies. 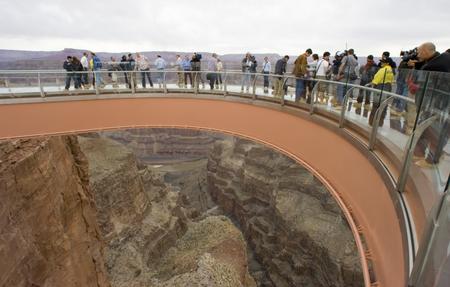 Writerfella here --
Wow, and they have yet to hear what the SkyWalkers Union has to say about it! Course, they're running it all like a Native INS there should have been 'way back in 1492...
All Best
Russ Bates
'writerfella'

And you said I was the one who made the wisecracks...

Writerfella here --
as far as either making cracks or being wise, you're only half right...
All Best
Russ Bates
'writerfella'