I was watching the first season of James Woods's Shark, the CBS lawyer drama, on DVD. At the end of the Teacher's Pet episode, I saw Mitch Longley's name in the credits. I hadn't even seen in him in the show, though he's hard to miss since he's wheelchair-bound. Backtracking, I found he had appeared for only a few seconds and spoken only one word.

If you don't know Longley, he's a Passamaquoddy/Penobscot actor. He started off in soap operas and lately has appeared on prime-time TV. He's a recurring character on Las Vegas, a show I don't watch.

The American Indians in Film and Television's 2007 diversity report card mentioned Longley's role in Las Vegas. But it didn't mention his guest-starring role in Shark's 2006-2007 season. I checked IMDB.com and he also appeared in Weeds in 2007, another role the annual report didn't mention.

Point is that Mark Reed of AIFTV is making firm statements about the underrepresentation of Indians on prime-time TV. But the data he's using is full of holes. Presumably that's because he's relying on the networks for data and their recordkeeping is full of holes.

I'm sure Indians are still underrepresented on TV, but they're not as underrepresented as Reed claims. In a good year we'll see the cast of Comanche Moon here, Adam Beach in SVU there, a Tamara Podemski (New Amsterdam) here, a Mitch Longley (Las Vegas) there. All it takes is a few roles for Indians to reach their 1% of the population.

In short, we need accurate data to draw accurate conclusions. As long as AIFTV's annual report cards are suspect, therefore, I plan to keep criticizing them. To end the criticism, fix the reports.

Below:  Mitch Longley (center) poses with other guest stars on the Shark episode Teacher's Pet. 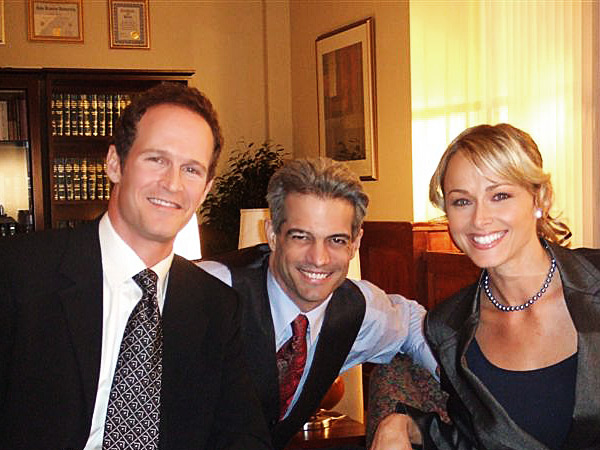 Hi, thank you for your post regarding Mitch Longley. Indeed, Longley's appearance on "Shark" was very disappointing. However, he became much more than a recurring character on "Las Vegas" the last few seasons. He was a regular as he appeared on every episode, though he worked without a contract. He had some fabulous scenes on LV and his character became an integral part of the show.