Mardi Gras Indians show plumage in Uptown paradeComment:  For more on the subject, see Mardi Gras:  "To be an Indian is a very special calling." 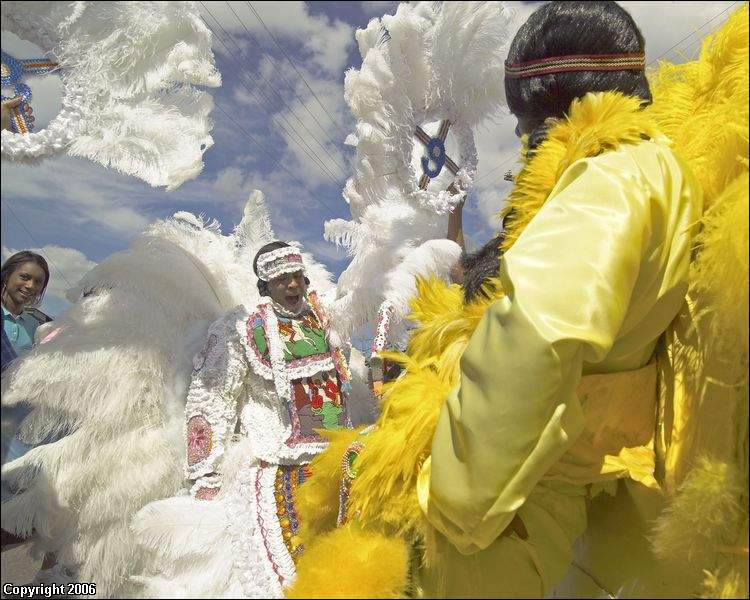