The "honor" of a Plains chief

Anytime you see a Plains chief, it's probably a false stereotype rather than a true image. Here's one obvious reason why chiefs and headdresses aren't an honor to many Indians:

What if Indians come from one of the hundreds of tribes not located on the Plains? What if they're as unrelated to Plains Indians as Greeks are to Swedes or the Irish? Are Indians supposed to feel honored because someone honored distant members of their race?

For example, we have Koff Beer "honoring" Indians with a standard chief logo. In related news, the world honored me by giving a Nobel Prize to some Russian guy. Thanks, everyone, I really appreciate it!

I also appreciate the Oscars and Pulitzer Prizes you gave to some white guys. Thanks a lot!

You see how silly this is? Why should I feel honored because some white person in Brazil, South Africa, or New Zealand discovered or won something? What do their successes have to do with me? Other than being Caucasian, we have little or nothing in common.

In fact, this "chief worship" is an example of disrespect, not respect. The people bestowing the so-called honor are saying the equivalent of: "All Indians look the same to me. They all blend together in a confusion of stereotypes. I can't tell them apart, so I'll use a Plain chief to represent them.

"I mean, what does it matter? They all wore funny costumes of feathers and skins. They all ran around killing people with arrows and tomahawks. They were savages--animals in human form. Like their fellow predators, the wolves and bears, they symbolize wildness, strength, ferocity, and deadliness. I honor these negative positive qualities." 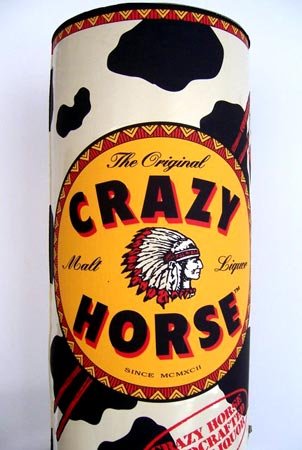 What the other 99 people are thinking is something like this: "Those Indians sure were brave, noble savages. It's too bad their primitiveness doomed them to die out and disappear. Now only a few Indians are left, and all they do is drink, collect their welfare checks, and fleece white people in casinos."

What these chief lovers aren't thinking is this: "Yes, I know all about the Tlingit, Navajo, Seminole, Ojibwe, and Mohawk tribes. I honor them by learning about their diverse cultures and supporting their battles for legal and economic justice. I simply chose to wear a stereotypical headdress to represent them all."

There's your respect and honor for chiefs in a nutshell. This pro-chief attitude is an excuse for holding false or stereotypical beliefs about Indians. "I (heart) chiefs, so I don't have to think about America's genocidal past or Indians' present-day problems. By sporting this headdress or t-shirt or logo, I've done my part to help them."

For more on the subject, see Why Hipster Headdresses Aren't Okay and What's So Wrong About Kesha?

Well, Crazy Horse was a spiritual leader from the plains. But he was the anti-politician.

I noticed that one image had no moccasins. Never mind that most plains men wore moccasins more often than they wore shirts. Whatever. We've got some stereotypes to uphold because it's tradition.