This approach sounds good, but a couple Natives on Facebook don't necessarily agree:Comment:  Art doesn't necessarily have anything to say about social issues such as diabetes, suicide, etc. And I'm sure many Native artists would like to be identified by name.

In short, I'd say treating the objects as art is a step forward. But other steps may be necessary for people to fully appreciate the objects.

For more on the subject, see Defying Expectations with Native Art and Native Art Continues from Past to Present.

Below:  "Left, Wild Man of the Woods mask has been attributed to the carver Willie Seaweed. Right, Jennifer Pray working on the newly reopened American Indian galleries at the Denver Art Museum." (Matthew Staver for The New York Times) 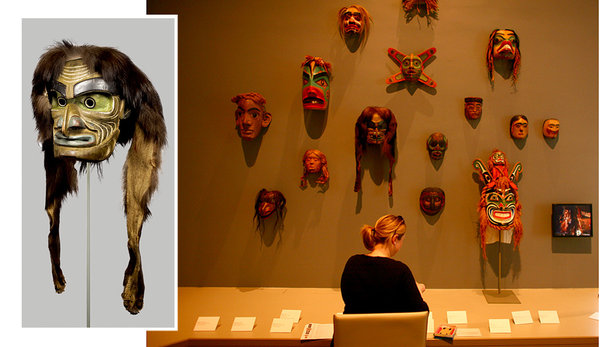