Language whipped out of Indians

Melvin Martin:  The importance of keeping Indian languages aliveComment:  We've heard horror stories about Indians killed, maimed, and raped, but this seems almost as bad. Boys hung upside down from trees, naked, like slabs of beef. Then whipped until they passed out from blood loss and pain. And Americans wonder why Indian reservations are messed up? Here's your answer, people.

Below:  Whipping the Indian to a bloody pulp to save the boy. 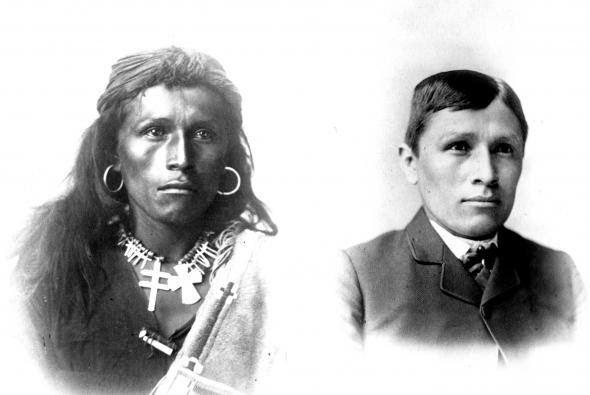