Below:  "Oregon State will wear new turquoise uniforms and special shoes this Sunday when they play Texas Southern in the first ever Nike N7 game." 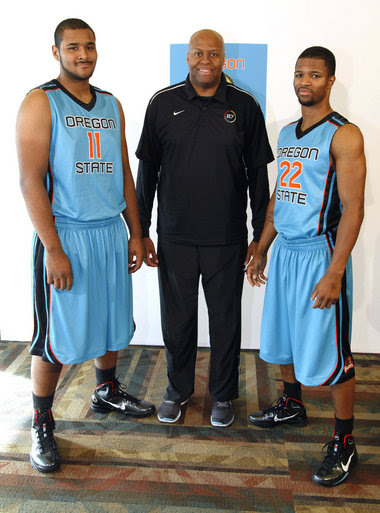