Frozen River and Big Love Actor Misty Upham Says Bears Are Subjected to 'Years of Torture'Comment:  The tribe is the Blackfeet, not "Black Foot." 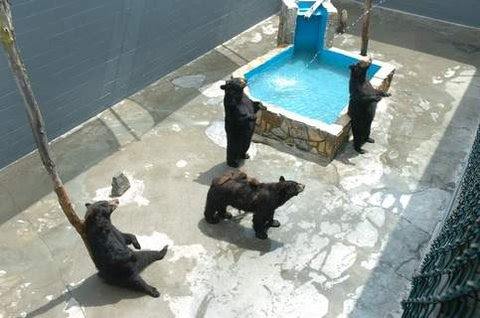 The real problem with PETA is that the veganopia they imagine gives Indians diabetes. Granted, even imagining a veganopia is enough to give most people diabetes, but still...

Sorry, could you explain the difference between Blackfeet and Black Foot, please?

I'm all for humane treatment of animals, but I disagree hugely with PETA's views

Well also Anonymous # 1, PETA wants total animal liberation. Meaning no animal research for cancer or deadly diseases and viruses. This also means no insulin, which makes PETA's own founder Ingrid Newkirk a hypocrite because she wants to abolish it, but needs insulin so she can live.

Not only that, but pretty much all animals with the exception of cats will most likely become extinct when liberated. This is because domesticated animals have been genetically altered, altered so that production is high but survival is unlikely.

I don't see anything about "total animal liberation" in PETA's mission statement (below). Sounds like anti-PETA propaganda to me.

People for the Ethical Treatment of Animals (PETA) is the largest animal rights organization in the world, with more than 2 million members and supporters.

PETA focuses its attention on the four areas in which the largest numbers of animals suffer the most intensely for the longest periods of time: on factory farms, in the clothing trade, in laboratories, and in the entertainment industry. We also work on a variety of other issues, including the cruel killing of beavers, birds, and other "pests" as well as cruelty to domesticated animals.

Blackfeet and Blackfoot (not Black Foot) are related terms, Kat. But the tribe in Montana calls itself the Blackfeet.