The Ghosts of Celilo

By Marty HughleyComment:  Here's a roundup of articles on the new production, which is getting a surprising amount of coverage:

Native American musical 'The Ghosts of Celilo' in Portland again:  Our coverage

Below:  "Native American fishermen harvest salmon in 1937 at Celilo Falls." 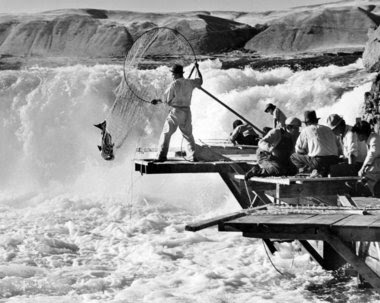