A controversy from December:Gray Wolf adds his thoughts:Comment:  I believe the joke went something like this:

I thought I reported on this incident or a similar one last year. But I can't find it in my blog, so I guess not. Maybe I was going to report on it but forgot. 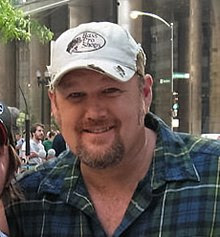 If you come from a bastard culture, how do you recognize other cultures as legitimate forms of existence.

Its my guess that Larry the Cable Guy has a big enough conservative following that if he did apologize, his fanbase would only fuel more anti-Indian racism.

I never watch Leno anyway, I watch Letterman because Letterman doesn't let his guests have any leadway and besides, he pisses everyone off equally whether you are Richard Simmons or Bill O'Reilly!