Trailer for 'Neverland' See Peter Pan and Hook as Allies

Comment:  The trailer is 1:45 minutes long. The first 53 seconds show Captain Hook as a sort of Fagin leading Peter and a band of urchins in mischief. Peter triggers a crystal ball "portal" and suddenly they're in Neverland.

As you may recall, the story is supposed to be about pirates vs. Indians. The remaining 52 seconds show Hook and the boys adventuring in Neverland. Alas, there are a few problems with this:

The Indians appear in three or four split-second flashes for approximately one second total. The scenes include:Since they're from Kansas, the Kaw Indians don't have ocean-going war canoes. Who knows what other liberties they've taken with a real Indian culture?

So the Indians are given less than 2% of the screen time in the Neverland portion of the trailer. And the 3-4 shots of them show them as sexy princesses and savage warriors. Stereotype alert!

It's obvious to me what's going on here. The white protagonists (Hook, Peter, and the boys) naturally identify with the white pirates. However barbaric they may have been in reality, they're colorful, charming rogues in a fantasy (see the Pirates of the Caribbean movies). It's every white boy's dream to grow up and become a swashbuckling pirate. Since fictional pirates rob from the rich and give to the poor, they're practically Robin Hoods.

And the white screenwriters and studio executives are presumably thinking the same thing. Only white people watch science fiction and fantasy. We don't want to upset anyone by forcing them to identify with brown-skinned savages. Let's focus on the more "civilized" group of castaways: the pirates.

Why not join the Indians?

This isn't just the "obvious" way to tell the story. It's a conscious choice by a biased set of filmmakers. Here's how the story could've gone instead:

Hook and Peter are members of two rival families or groups. The future Lost Boys are with Peter. The two groups voyage from England to the Caribbean in one ship or two. They encounter the Bermuda Triangle and are transported to the Neverland dimension. They fall overboard or their ships are wrecked, so they're the only ones to reach land alive.

A peaceful tribe in Neverland's equivalent of Florida or the Bahamas find Peter and the boys. The Indians also were transported through the Bermuda Triangle years ago. They teach Peter and the boys how to survive in the wilderness, turning them from pampered city folks to hardy woodsmen.

Eventually the Lost Boys leave the Indians and set up their own tribe. Perhaps they have a disagreement with a new chief, or Peter simply wants to be in charge. In any case, they've formed separate groups when Hook reappears. He's aligned himself with pirates who also fell through the Bermuda Triangle.

After a few clashes, they've basically set the stage for Peter Pan. The more familiar story can proceed.

Note the key difference here: The focus is on the Indians, not the pirates. Which makes sense, since Peter and the Lost Boys function as a tribe living in the wilderness. Their skills are Indian-like, not pirate-like, so the the Indians should've played the primary role in teaching them.

The filmmakers didn't think this way, obviously. They thought pirates were more interesting than Indians. And white characters naturally would be drawn to "their own kind." And white audiences would identify more with "civilized" white pirates than "savage" brown Indians.

So we get what looks the umpteenth version of a classic Western theme. The cowboys pirates are the protagonists while the Indians are the antagonists. One group is explored at length and in detail, while the other is mostly faceless and anonymous. "Our" side has complex feelings and motivations, while "their" side howls and dances and shakes their weapons.

Of course the final product may play out differently. But the trailer indicates what the filmmakers consider important. Even if the Indian characters have some depth, SyFy is selling this as a pirate adventure. It's a good bet the story will give the Indians short shrift. 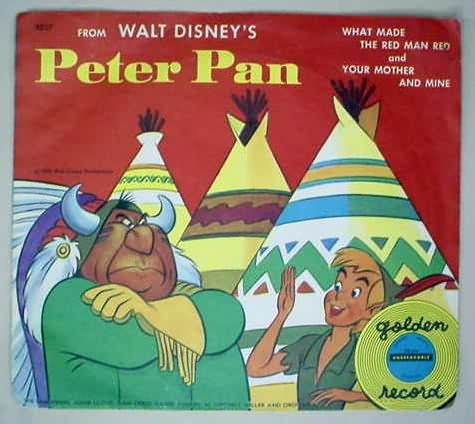 Hopefully Hook will end up betraying him or something. Otherwise, this won't make sense.

I presume Peter Pan and Hook have a parting of the ways at some point.