Another posting demolishes the "Hollywood cares only about money" argument we've heard over and over. For instance, in Jet's Film Financing Story and No Bottom Line for Native Movies?

Minorities At The Movies Fill Seats, But Not Screens

By Karen Grigsby BatesAnd:Comment:  Blacks and Latinos buy more tickets but star in fewer movies. There goes the "bottom line" argument that Hollywood cares only about making money.

Fact is that studios are biased against minorities in general and ignorant about Indians in particular. White executives make movies about white people because that's who they know. Which is another way of saying the system is racist.

In other words, "better school themselves" is code for "get over their racial bias for white people like themselves and see our multicultural country as it really is."

Many minorities on TV?

Especially when it comes to Native actors, of course. 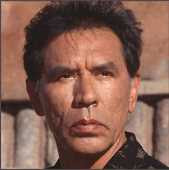 Looking at the movies from before my time, the sheer racism in movies marketed to children is ridiculous. One could even say rated G for racism.